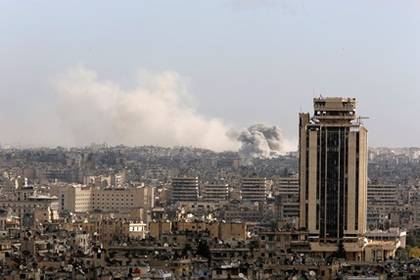 “Yesterday John Kerry at our meeting with him in Rome and gave us suggestions that are in line with approaches that have long otstaivaya Russian experts on the negotiations with the Americans,” — said the Minister.

Lavrov recalled that during earlier negotiations, the parties discussed a joint action scheme, which primarily involves the dissociation of the moderate opposition from the terrorists, and then “work together for the purposes of terrorist groups”, reports TASS. “Unfortunately, dissociation did not take place, so this agreement the Americans could not be fulfilled,” he said.

Lavrov stressed that Washington on consultations in Geneva to resolve the conflict in Aleppo, Syria, until December 2, sought “to promote in these agreements are provisions exempting “Dzhabhat EN-Nusra” from-under blow”.

The operation to liberate Eastern Aleppo from militants began 21 Nov. Government troops and the militia freed the quarter Masakin-Khan — one of the key points of the positions of militants in the city. In this area the government troops were confronted by members of the armed coalition “Jaish al-Fath” (also includes militants of the banned terrorist organization “Dzhabhat EN-Nusra”).