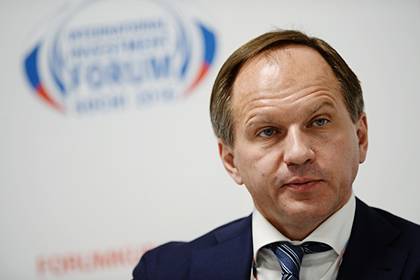 The Federal center is ready to increase financing of the North Caucasus in 2018 if the corresponding regions will show high results. This was announced by the head of Minkowksi Lev Kuznetsov on Friday, December 2, RIA Novosti reported.

“I have the order of the President, in the case of our efficient work, we have the right to come and ask for more in 2018. But at the same time showing real results, demonstrating that the design method we have implemented simple indicators,” he said at the forum “Russian Caucasus”.

Development of public funds, the formation of a new investment climate and creating new jobs are the main tasks, said the Minister.

In 2017 for the implementation of the state program of development of the North Caucasus Federal district until 2025, provided 13.7 billion rubles, the Agency said.

In late October, Finance Minister Anton Siluanov has proposed to cut subsidies to Chechnya, coming from the Federal government. The head of the Republic Ramzan Kadyrov has described the initiative of the Agency is unacceptable, explaining that the region “is only now getting on its feet.”

November 1 President Vladimir Putin instructed the Cabinet to discuss the issue of increasing funding of the North Caucasus.