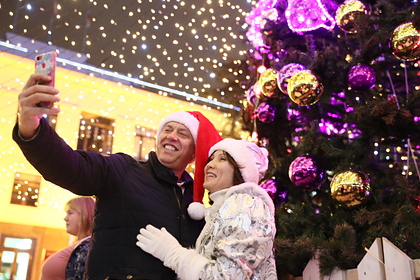 Year, turned out to be Yalta, Sochi and St. Petersburg. The rating of directions was compiled by the website for booking accommodation for vacation Tvil.ru.

The leader among the most popular cities in the country for celebrating the New Year is Yalta – the cost of a night in a hotel in the Crimean city averages 1.4 thousand rubles. The second place was taken by Sochi (1.1 thousand rubles per night), the third – by St. Petersburg (1.4 thousand rubles). The rating also includes such directions as Moscow, Kazan, Lakhdenpokhya, Veliky Ustyug, Kislovodsk, Ostashkov and Suzdal.

At the same time, Kislovodsk became the most expensive destination for a New Year's trip – a day at the hotel will cost an average of 830 rubles. The most expensive is to spend a night in Karelian Lahdenpohja – from 2.1 thousand rubles.

It is noted that service analysts have compiled a rating based on the data of accommodation bookings by tourists from December 30, 2021 to January 10, 2022.

Earlier in November, Russians identified the best month of the year for skiing and snowboarding. Thus, 44 percent of survey participants believe that it is worth going to the mountains on New Year's holidays, in January. Another 28 percent of those surveyed prefer to open the ski season in February, when the influx of tourists decreases at the resorts.