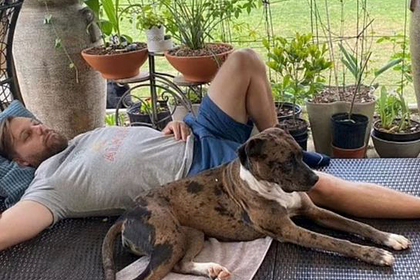 In Texas, USA, a married woman insured life for 250 thousand dollars (19 million rubles) and two days later she received a bullet in the head from her husband. This is reported by The Daily Beast.

On Thursday, November 18, 41-year-old Christopher Collins called the police and said that his wife Yuanhua Liang had texted him and said that a stranger had entered their house. After that, according to Collins, she stopped communicating.

The police who went to the call found Liang dead with a bullet in the head in the couple's house. The American woman was wearing a sleeping mask and a bag. During the search, investigators found an agreement signed on November 16 with an insurance company, according to which the victim's family will receive $ 250,000 in case of her death.

Collins was one of the main suspects in the murder. According to investigators, the bag put on the victim's head may indicate that the woman was killed by a man who was in close relationship with her – he could not look her in the face and decided to close it. Moreover, no traces of burglary were found in the couple's house. A .22 caliber cartridge was also found in the American's pocket, and Liang was shot with a small-bore weapon.

Earlier it was reported that in Hungary, a man threw himself under a train and lost his legs to get insurance. Instead of money, he was given two years in prison.