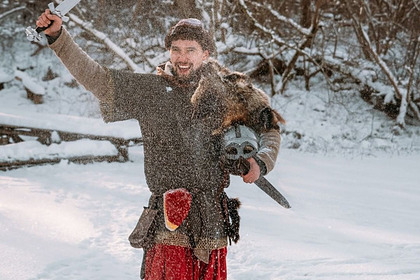 It is specified that the organizers of the event will acquaint guests and residents of the region with the winter rites of the Vikings and tell about their New Year traditions. Also at the festival, visitors will see the ancient rite of burning the Yule log and the dancing of the fiery Valkyries. The event starts at 15:00.

Yule is the shortest and darkest day of the year. The holiday was associated with the revival and resurrection of the sun. The Vikings celebrated it in a circle of neighbors and friends, at a long festive table. The guests told each other legends and stories, sang songs, played games.

Earlier in November, it was reported that glowing sculptures appeared on the streets of Kaliningrad as part of the Fairy Tales of Old Europe lantern show. A total of 250 different statues have been installed, united in 25 thematic installations, including characters from famous children's fairy tales – the Nutcracker, the Snow Queen and others.