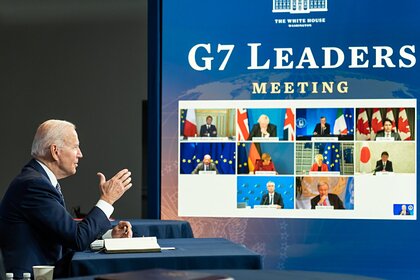 G7 Health Ministers announced an emergency meeting due to a new strain of coronavirus. This was announced by the head of the British Ministry of Health Sajid Javid in an interview with Times Radio, his words are quoted by RIA Novosti.

“I called an extraordinary meeting of the G7 health ministers, it will be held on Monday, November 29,” Javid said. The plans of the G7 to discuss the events related to the omicron strain were also announced in a release from the British government.

Earlier, the Moroccan authorities decided to interrupt flights due to a new strain, before that the borders for foreigners were closed in Israel … A new strain of coronavirus B.1.1.529, or omicron, was found in Botswana, South Africa and Hong Kong. It is assumed that it can become the most dangerous variant of infection.