Worker of Listvyazhnaya Alimov: trade unions prefer not to interfere in the situation in mines 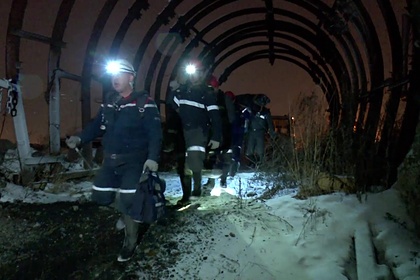 Worker of Listvyazhnaya mine A methane explosion killed 51 people, named the reasons for the silence of the miners about the constant violations in an interview with Lenta.ru.

“It's scary to work, but the salary is good and you don't have to travel far. We got an outfit, changed and drove off. It is not easy to change jobs without losing your salary. There is nowhere to go, ”Alimov shared. According to him, the miner “cannot stamp his foot and refuse to work,” as this could threaten the workers with heavy fines.

In addition, the trade union has recently become not as active as it used to be. noted the miner. “Now people will not rise as they did in the 1990s. Even if you just stand there with a poster, they will immediately twist it, ”he added. According to the worker, the trade unions prefer not to intervene in the situation, but simply receive their percentage. “Everyone was put in credit bondage, everyone is afraid for their place and will not say anything once again,” concluded Alimov.

Methane explosions at the Listvyazhnaya mine took place on the morning of November 25. 51 people died. Among the dead are both miners and rescuers who went to rescue them. A criminal case was initiated, five suspects, including the director of the mine, were arrested for two months. The families of those killed at Listvyazhnaya will receive one million rubles each from the Social Insurance Fund.