Aeroflot Group in 9 months of 2021 the group carried 34.1 million passengers 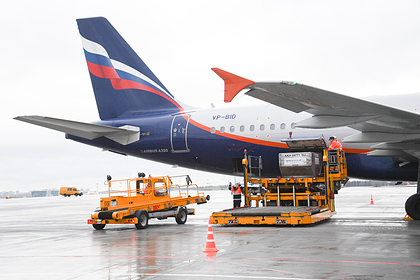 In 9 months of 2021 Aeroflot Group transported 34.1 million passengers, which is 48 percent higher than the result of the corresponding period in 2020. This follows from the published data of the interim financial statements under the IFRS for the nine months of 2021. According to the report, the volume of domestic traffic has fully recovered and exceeded the level of the same period in 2019. The partial restoration of international flights continued, which remains significantly limited.

The published results for the third quarter confirm the progress made by the Aeroflot group in 2021, says Andrey Chikhanchin, Deputy General Director for Commerce and Finance of Aeroflot, according to whom, consistently improving financial performance over several quarters, the group For the first time in two years, Aeroflot received a quarterly net profit of 11.6 billion rubles.

“A significant contribution to the improvement of the financial result was made by demand and the growth in the volume of domestic traffic provided by it, on which we relied on in the high season. The gradual lifting of restrictions in the international segment, the possibilities of which were used to the maximum by the Aeroflot Group, also had a positive impact on the results. If in January 2021 the Aeroflot Group's displayed capacity on international routes amounted to only 15.4 percent of the level of the comparable period of 2019, then by September the indicator of traffic recovery reached 43.1 percent, ”said Andrey Chikhanchin.

< p> The restoration of flights provided revenue growth to 167.1 billion rubles in the third quarter of 2021. EBITDA, which went into positive territory already in the first quarter of 2021, also continued to recover and at the end of the third quarter of 2021 amounted to 54.1 billion rubles, which is 2.7 times higher than the same period in 2020. The EBITDA margin was 32.4 percent, which is comparable to the values ​​of the indicator before the pandemic, taking into account its impact and the associated restrictions on the timing of bookings before departure, the profitability of transportation in the domestic segment and the occupancy of seats, added Andrey Chikhanchin.