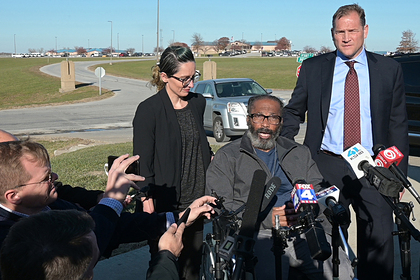 Kevin Strickland) raised $ 1.5 million through a fundraiser that his lawyer opened for lack of court compensation. It is reported by BBC News.

According to local laws, compensation for former prisoners is allowed only if they were acquitted through DNA testing. For this reason, his lawyer decided to open a fundraiser on one of the fundraising sites to help him with household expenses after he was released from prison. More than 27 thousand people responded to the call, who donated a total of $ 1.5 million to the justified American.

“Until the system changes where it does not work, people fill the gap,” she commented situation lawyer Tricia Rojo Bushnell, representative of the Midwest Innocence Project, which helps unjustly convicted. Earlier, the organization was approached by a witness in the case, thanks to whose testimony the convicted American was acquitted. She stated that many years ago she was pressured by the police and Strickland was not involved in the case. The man was released from prison after 42 years in prison.

Strickland was sentenced to life imprisonment in 1979 for the murder of three people when he was 18 years old. He served the longest unfair conviction in jail in the history of the state.