In Solnechnogorsk, a man beat his wife to death with a TV and also hit a disabled person with a cane 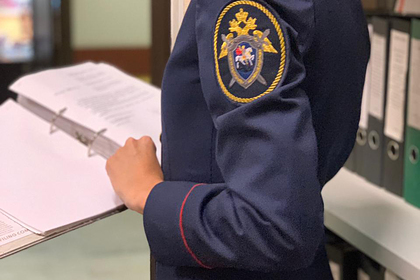 – pounced on her with a knife. The Russian woman died, reports KP.RU.

According to a neighbor of the deceased, her husband entered the apartment of the Russian woman and told her: “If you don't leave now, there will be more corpses.” The woman had to leave the premises, but her disabled father and the attacker's wife remained inside. After the end of the quarrel, the neighbor decided to go back and saw that the deceased was lying on the floor in blood.

“She was still breathing and tried to open her eyes. She had a knife in her back, and her head was badly broken. I asked her to hold on, I said that I would call doctors now and they would help her, ”said a neighbor.

A man who was next to the woman who died during a quarrel with her husband said that a Russian had beaten him with a cane when he tried to intercede for the woman. After that, the eyewitness lost consciousness.

The publication reported that doctors discovered five stab wounds and an open head injury in the Russian woman. The patient died after she was taken to the Solnechnogorsk central regional hospital.

According to a KP.RU source, the attacker was detained and a criminal case was initiated. Neighbors interviewed after the incident said that the Russian constantly quarreled with his deceased wife. According to them, she forgave everything to her husband and never called the police, although he beat her.

Earlier it was reported that “protection orders” would be introduced in Russia to protect victims of domestic violence and their loved ones from the aggressor. The victim of beatings and his relatives will be able to count on the protection of the state, if asked for it. In addition, the aggressor will be obliged to leave the apartment where he lives with the victim and take psychological courses.