Host Malakhov: the request of Alexander Gradsky to bury him with his mother in Moscow will be performed by 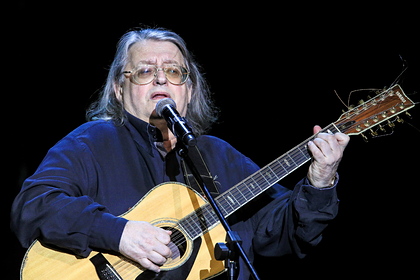 The host of the Live broadcast on the Russia 1 TV channel Andrei Malakhov said that People's Artist of Russia, musician Alexander Gradsky would be buried at the Kuzminskoye cemetery. He spoke about the fulfillment of the singer's request on the air of a program dedicated to him, the release was published on the YouTube channel.

As Malakhov noted, the musician and his mother Tamara Gradskaya were united by a love of art. She studied at GITIS, and after moving from the Chelyabinsk region to Moscow, she took her son to a music school and instilled a love of creativity.

The program reported that until the age of 16 the musician bore the name of his father – Fradkin, but after the death of his mother took her last name. “His request to be buried next to his mother in Moscow at the Kuzminskoye cemetery will be fulfilled,” Malakhov emphasized.

Earlier it was reported that Alexander Gradsky would be buried at the Moscow Vagankovskoye cemetery on Wednesday, December 1.

< p> Gradsky died in the capital on November 28. He was taken to hospital with suspected stroke. The coronavirus infection suffered by the artist in September led to a deterioration in health. He was 72 years old.