Izvestia: Russia will defend itself against Western tanks with Chrysanthemum-S complexes 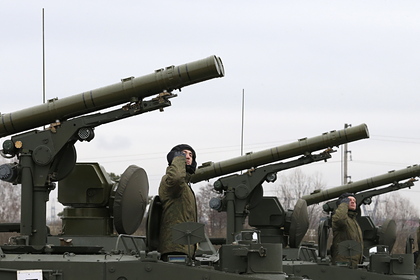 The newspaper writes that the military department has decided to completely re-equip units of the 2nd Taman motorized rifle division with ATGM-like ones. According to experts interviewed by the publication, “Chrysanthemum-S” can be called the main weapon of Russia against Western tanks.

In particular, military expert Viktor Murakhovsky is sure that “Chrysanthemum-S” is the most advanced Russian anti-tank missile system, providing penetration armor of all types of foreign tanks, for example, modern Abrams, Leopard and Challenger.

The newspaper writes that this self-propelled ATGM, created on the basis of the BMP-3 platform, is called a tank killer in the army. Chrysanthemum-S is equipped with optical sights, a thermal imager and a powerful onboard radar. The maximum firing range of ATGMs exceeds 10 kilometers. “It develops a maximum speed of up to 70 kilometers per hour, has a high cross-country ability and is able to save the life of the crew even in conditions of the use of weapons of mass destruction. The calculation of the combat vehicle consists of two people “, – the newspaper writes.

In November, in the publication of the Chinese media portal Sohu, it was argued that the high combat capability of the Russian self-propelled anti-tank missile system” Chrysanthemum-S “allows it to be used to destroy enemy aircraft which makes it a drone nightmare.