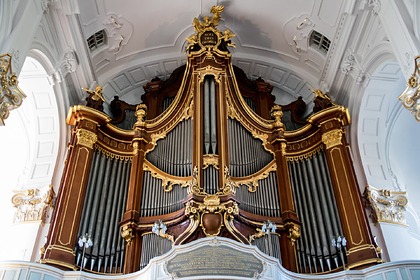 Famous virtuoso musician, People's Artist of Russia Vladimir Khomyakov won the Organist of the Year award. The award ceremony took place at the Kaliningrad Cathedral on Kant Island. This was reported on the website of the State Television and Radio Broadcasting Company “South Ural”.

Khomyakov was recognized as the best in the nomination “For contribution to the profession.” He was the organizer of the international festival “Jazz on the Big Organ”, which has been held for eight years in Chelyabinsk. Guests come to the festival from countries such as Germany, Switzerland, Holland and Austria.

“This [awarding] was quite unexpected and pleasant. It's always nice when your work gets some kind of positive assessment. In this case, I have only pleasant emotions, “Khomyakov shared his impressions.

The award was established in 2020 by the Foundation for the Development of Creative Initiatives with the assistance of the Russian Musical Union and the Musical Life critical and publicistic magazine. In addition to the nomination in which Khomyakov won, the prize is awarded in three more nominations: “Person”, “Debut” and “For the most original and conceptual program.