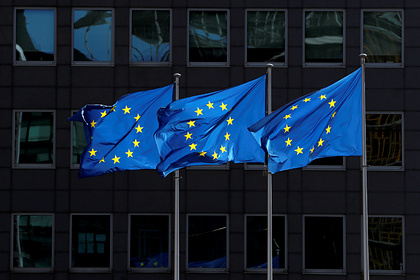 The European Union plans to spend hundreds of billions of dollars on infrastructure worldwide within the Global Gateway project to compete with China's Belt and Road Initiative. The Financial Times got acquainted with the draft document, which suggests that the ambitions of the European Union will seriously depend not only on public investments.

300 billion dollars should be invested by 2027, we are talking about the resources of the European Union itself, member countries, financial institutions and national development banks. In addition, attempts are assumed to “mobilize funding and expertise from the private sector.” The plans are expected to be presented on December 1st.

Now the West is trying to become more actively involved in projects in developing countries in order to resist the Chinese initiative aimed at building up Beijing's influence around the world. Global Gateway is not directly presented as an alternative to the Chinese plans, while the documentation emphasizes that it must ensure an “ethical approach.”

“By offering a positive option for the development of global infrastructure, Global Gateway will provide investments in international stability and cooperation and will demonstrate that democratic values ​​offer confidence and fairness, a secure future for partners and long-term benefits for people around the world, ”the document says. The program will primarily focus on digitalization and the spheres of healthcare, ecology, transport and energy.

The Chinese megaproject, launched in 2013, involves infrastructure development projects around the world. In September it became known that Washington was also going to compete with him. It has been reported that US officials are planning a trip to South America to develop new structural projects that will counter Beijing's economic agenda.