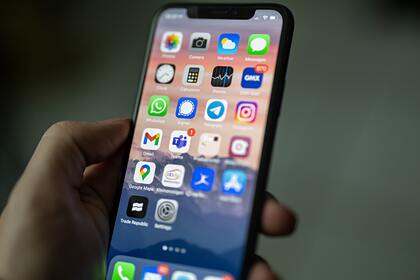 The future iPhone death can be diagnosed by a number of signs. This is reported by the ZDNet edition.

Media experts have named the main signs of the imminent “death” of the Apple smartphone. One of these is a flickering screen, which can also hint at a damaged or faulty display or a ribbon cable between the screen and the motherboard. Accidental triggering of the touch layer of the display, when the phone launches applications on its own, can also indicate a failure of the device.

Sudden reboots of the device can indicate that the iPhone battery is faulty or more serious problems are taking place. If the smartphone stops charging, the authors recommend replacing the wire or rebooting the device and trying to connect to charging again. If the described methods did not help, the phone should be shown to the master.

The final sign of the imminent failure of the smartphone, the journalists named the screen protruding from the body. This could hint that the device's battery is swollen. “This is a bad sign, since a damaged battery is dangerous,” the experts concluded.

In the summer, Igor Bederov, an expert at the SafeNet engineering center of the National Technology Initiative (NTI), listed the early signs of the “death” of a smartphone. According to Bederov, the screen, speaker, microphone, modem or camera are usually the first to fail.