In Vladivostok, an eight-year-old boy died in a hospital, a criminal case was initiated 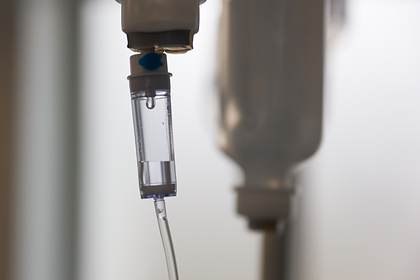 In Vladivostok, the Investigative Committee opened a 2 of Article 209 of the Criminal Code of the Russian Federation) after the death in the hospital of an eight-year-old boy who complained of abdominal pain. This was reported on the website of the department of the Primorsky Territory.

The boy's relatives are sure that he was given an inaccurate diagnosis. On November 29, his older sister told about what happened to the child on Instagram. According to the Russian woman, the boy became ill on the afternoon of November 13, but he was admitted to the hospital only in the evening. She claims that an ambulance was called at 15:00, but at first the doctors refused to walk to the ninth floor because the elevator did not work. As a result, they went up to the patient, but did not transport him themselves and called the intensive care team because of his serious condition – the boy ended up in the Regional Children's Clinical Hospital No. 1 at about 19:00.

At the hospital, doctors suggested that the serious condition was caused by an infectious disease, because the boy started vomiting with water, and before that he periodically lost consciousness. As a result, the sister herself took him to the infectious diseases ward of the Vladivostok Clinical Hospital No. 2, because she did not know how long it would take to wait for an ambulance to transport the patient.

“The child was dying before our eyes, only saline was dripped all night , no medical assistance was provided, “the girl claims.

The next day, at about 6:00 am, the ambulance team took the boy back to the Regional Clinical Hospital No. 1, where he was placed in intensive care – he died soon after. The child's sister claims that the doctors promised to give him a blood transfusion, but this did not happen – by 9:00 he was connected to artificial ventilation, and around 12:00 he died.

The prosecutor's office and the Ministry of Health of the Primorsky Territory organized checks , reports VL.RU.

Earlier it was reported that in one of the hospitals in the Moscow region, a 52-year-old patient died after installing an intravenous catheter – a detailed examination revealed that oxygen had entered the patient's blood through the catheter. He was being treated for cancer and was in the ward alone, the orderly found him during an evening round. It is known that on the day of the incident, strangers did not visit him.