“Lenta.ru” published the memoirs of Vasily Biryukov, who served with Zoya Kosmodemyanskaya 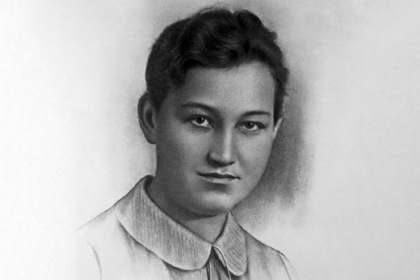 A colleague of Zoya Kosmodemyanskaya told Vasily and about the girls in the partisan detachment. “Lenta.ru” cites excerpts from previously unpublished memoirs of Biryukov.

On October 31, 1941, a group of young people arrived at the disposal of military unit 9903, which specialized in reconnaissance and sabotage activities. This group included Zoya Kosmodemyanskaya. The recruits were selected by a special commission under the command of the unit commander, Major Artur Strogis.

Out of 3000 volunteers, about 2000 people were enrolled in a secret detachment. Most of the recruits were girls. The future partisans, who were sent by the Moscow City Committee of the Komsomol, were immediately warned that they might be awaited in captivity. Biryukov revealed in his memoirs that in the intervals between operations, the partisans communicated with the girls. He noted that Kosmodemyanskaya, seeing a serious guy in him, offered him friendship.

“I thought: there will be one of the men lucky who will have such a wife – Zoya. This is happiness! I considered myself happy that I was sitting next to her, at least occasionally I talk to her. And he will be her favorite! She will give him such beautiful children as herself … I secretly look at her ear, at her cheek, nose, lips, eyebrows, hair, forehead, neck. Everything as carved by an excellent master sculptor “- Biryukov recalled.

Previously, historian Sven Kellerhoff uncovered a forgery in a German translation of Joseph Stalin's order on the use of” scorched earth “tactics. In an article for Die Welt, he noted that publicist Fritz Becker claimed that parts of the text were missing from the translation. Becker claimed that the order ordered Soviet soldiers to dress in German uniforms.