WSJ: The USA wanted to limit military exercises in Europe to prevent confrontation with the Russian Federation 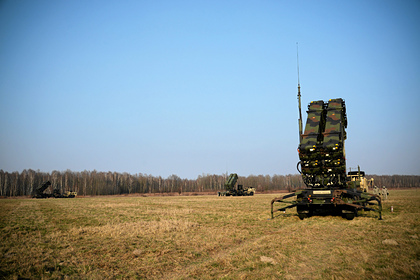 Russian-Ukrainian border is considering the possibility of reducing military exercises in Europe for the sake of relations with Moscow. The Wall Street Journal writes about this with reference to representatives of the American authorities.

According to the newspaper, the US is considering two possible options for action.

In the first case, the Biden administration can help strengthen Ukraine's defenses , including increasing the supply of military equipment, in particular, anti-aircraft systems. This option also provides for tougher sanctions against the Russian Federation.

Another possible plan involves reducing the “risk of confrontation with Moscow,” including by limiting the number of US military exercises in Europe. These exercises continue to provoke criticism from Russia, the newspaper said. Under this option, the United States also implies a suspension of the sending of American military aid to Kiev.

On November 23, Russian Defense Minister Sergei Shoigu said that strategic bombers of the US Air Force (Air Force) had worked out a possible nuclear strike against Russia in November. According to him, in general, in November, the Russian military recorded a significant increase in the activity of American aircraft in the immediate vicinity of the country's borders. Before that, it became known that the United States is discussing the possibility of sending military advisers and weapons to Ukraine against the background of the alleged concentration of Russian troops near the border.