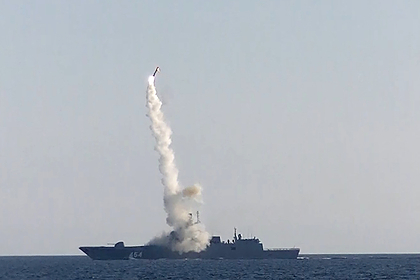 “For the Russian Navy. This is reported by TASS with reference to a source close to the Ministry of Defense.

“Serial production of Zircons is already underway at NPO Mashinostroyenia, although state tests of this product from a surface carrier will continue,” the report says./p>

On November 18, the frigate “Admiral Gorshkov” launched a hypersonic missile “Zircon” in the White Sea. The ammunition struck a sea target with a direct hit, the Defense Ministry noted.

“The crew of the Northern Fleet frigate Admiral of the Soviet Union Fleet Gorshkov, as part of the ongoing cycle of tests of hypersonic missile weapons, fired another Zircon rocket. The shooting was fired at a naval target position located in the waters of the White Sea, “the report says.

Earlier, Russian President Vladimir Putin said that in 2022 the Zircon missiles would begin to be supplied to equip the Russian Navy. He stressed that the tests of the sea-based missile are nearing completion.

The first launch of this missile from the Severodvinsk submarine of project 885, which is under water, took place in October. At the same time, this nuclear submarine made the first test launch of the “Zircon” from the surface position. In the same month, the commander of the Northern Fleet, Alexander Moiseyev, reported to Russian Defense Minister Sergei Shoigu that the tests of the Russian Zircon hypersonic cruise missile from the submarine had been successfully completed.