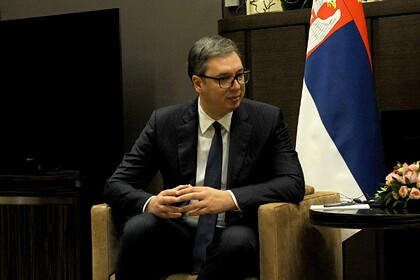 Vucic added that for this reason Serbia today receives the lowest gas price in Europe and can count on support in the issue of Kosovo and Metohija. The head of state also expressed confidence that Russia and China will not renounce friendship between the countries.

Earlier, the president said that Serbia's economic successes were made possible thanks to friendship with Russia and China. He also said that huge investments in the national economy come from the European Union. At the same time, the Serbian leader stressed that Belgrade's policy should remain independent and sovereign.