WHO: new strain of coronavirus B.1.1.529 named with Greek letter “Omicron” 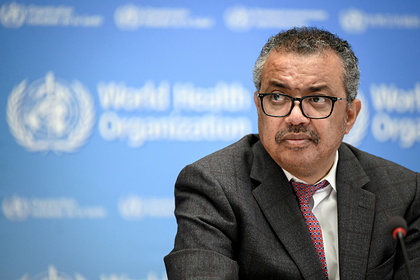 The World Health Organization (WHO) named the new strain coronavirus B.1.1.529, identified in South Africa by the Greek letter omicron. This is stated in a statement published on the official website of the organization following an emergency meeting of the Technical Advisory Group on the Evolution of Viruses.

In addition, experts have included this strain in a group of options of concern. “Based on the evidence presented indicating a disastrous change in the epidemiology of COVID-19, the advisory group advised WHO that this option should be designated as an option of concern,” the document says.

According to WHO terminology, variants of the virus included in this group are characterized by an increased transmission rate, as well as an increase in virulence or a change in the clinical manifestations of the disease. In addition, such options may reduce the effectiveness of existing diagnostics, vaccines and drugs for the treatment of coronavirus.

Earlier, the new strain SARS_CoV-2 has already worried WHO experts. According to scientists, B.1.1.529 has more mutations than is known to science about other anxiety-causing variants.