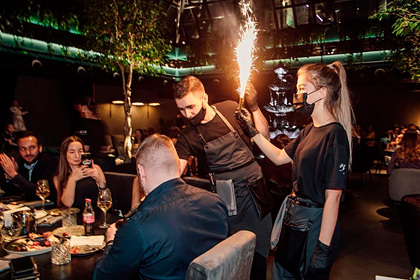 illegal sale of alcohol. This is reported by “Gazeta.Ru”.

The employees of the institution claim that the work continues as usual. They noted that now in the restaurant it is really impossible to buy spirits, but you can order beer or cider.

illegal alcohol trade. The restaurant does not have a license for this activity.

On November 25, it became known that Morgenstern went to Belarus to participate in a private event. This happened against the backdrop of accusations by the head of the Investigative Committee of Russia, Alexander Bastrykin, that the artist is selling drugs on social networks. The musician's lawyer Sergei Zhorin said that he fears pressure from law enforcement officers on his client after Bastrykin's speech.