Reserve Colonel Zhdanov: The United States is escalating tension to prevent negotiations between Kiev and the Russian Federation 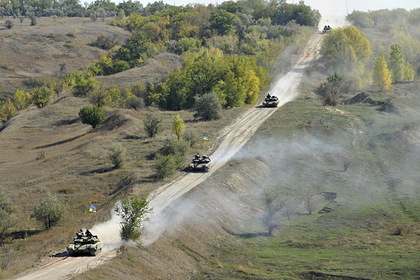 The United States about the “invasion” of Russia. He spoke about Washington's plans in his article for Glavred.

According to Zhdanov, the United States is purposefully escalating tension in order to interfere with possible negotiations between Moscow and Kiev on the Donbass. Washington is trying to “kill two birds with one stone”: to interfere with the agreements of the two sides and put pressure on the Kremlin, the expert noted.

settlement of the conflict in Donbass. It is important for them not to allow an agreement on any state council (which will actually mean the federalization of Ukraine), the “Steinmeier formula” or clusters, “Zhdanov wrote.

According to the expert, the United States is deliberately distorting facts about” aggression ” RF, because they do not want to “leave Ukraine.” In conclusion, he added that Russia is the last country that is interested in fighting Kiev.

Earlier in November, Russian President Vladimir Putin, in a telephone conversation with Italian Prime Minister Mario Draghi, accused Kiev of provocations in Donbass. He stressed that Ukraine refuses to comply with the Minsk agreements and the agreements of the Normandy Four and continues to use prohibited weapons in the region.

On November 23, it became known that the United States is discussing the possibility of sending military advisers and weapons to Ukraine against the background of the alleged concentration of Russian troops near the border.