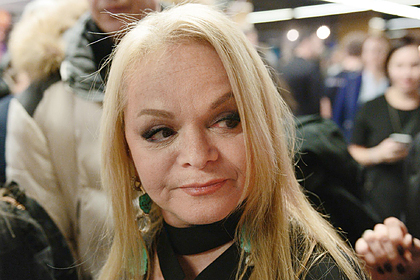 that she will no longer enter into official relations, despite the fact that she is now in love. She shared the details of her personal life in an interview with Ekaterina Gordeeva.

“In love. I'm not going to get married. I don’t want it anymore, ”the singer shared.

Dolina also explained why all her previous husbands were musicians. “It’s very convenient. When a person is on your wavelength, he understands that you need your voice to always sound, that you are in shape, that you have a good mood. Yes, to some extent, it turns out that he is in the service, but they did it on their own initiative, “Dolina added.

Earlier in October, Larisa Dolina's ex-husband revealed the truth about weight loss and plastic surgery singers. According to him, in the 1990s, Dolina had “the famous kefir diet, which thundered all over the country.” Later, the artist began to transform her body and face through surgery. “I did my face too – they removed the skin from the chin, pulled it over the ears, when the seam behind the ear, so as not to be seen,” he noted.