Promobot: with a probability of 93 percent, the peak of the fourth wave of COVID-19 will fall on December 22 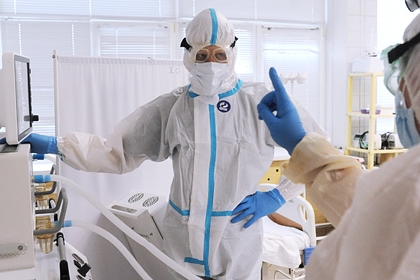 Promobot specialists developing artificial intelligence for robots, using a neural network, they predicted the date of the peak of the fourth wave of coronavirus in Russia. It is reported by RIA Novosti.

It is noted that with a probability of 93 percent the peak of the fourth wave of COVID-19 will fall on December 22. According to experts, after this date, the number of new infections will decline again.

The company said that to obtain a forecast, the developers used multiclass classifiers, which are based on a combination of different neural networks. The most famous of them is the GPT-3 neural network, which was presented a few months ago by the head of Tesla and SpaceX Elon Musk. The data was processed by algorithms of classical machine learning called “gradient boosting.”

To make the model more accurate in answering the query, the specialists raised the probability threshold, expanded the data sample, and also narrowed the query to a certain value.

The developers warned that the prediction could be adjusted due to the fact that restrictive measures during the fourth wave of coronavirus infection are much weaker.

Earlier, Russian scientists from Moscow State University and other scientific organizations have discovered a way to effectively neutralize coronavirus SARS-CoV-2 with light. To deactivate the virus, the researchers used a photosensitizer – a substance that causes sensitivity to light – that binds to the S-protein (spike protein) of the coronavirus.