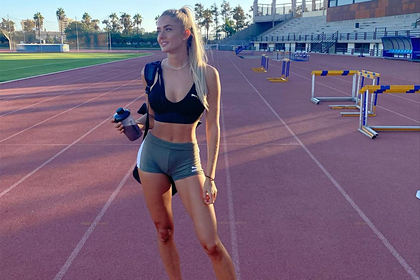 The athlete posed in a tight black top with a plunging neckline and short green shorts at a stadium in Tenerife. She wrote that she is starting the second week of training and is looking forward to new victories. In the comments, users called the athlete's outfit adorable. The picture got more than 200 thousand likes.

On October 2, Schmidt arranged a fashion show for her fans on Instagram. She posted several photos in different outfits and asked subscribers to rate them in the comments.