RBC: the number of Russians wishing to earn some money in retirement has grown by almost a quarter over the year 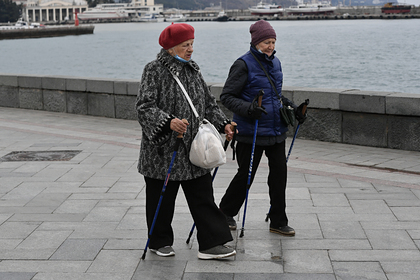 retirement pension increased by 22 percent compared to 2020. 61 percent of Russians intend to continue working after reaching retirement age. This is evidenced by the results of a survey of the Rabota.ru service and the NPF of Sberbank, cited by RBC.

Representatives of eight industries took part in the study. Among them, industrial workers were most eager to continue working (69 percent of the surveyed representatives of the profession), the least of all were marketers (48 percent)

Of all respondents, after retirement, 27 percent want to devote themselves to taking care of the family, 23 percent want to spend time only on themselves, 16 percent plan to travel, 13 percent – to engage in self-education. Another four percent would like to become bloggers.

At the same time, only 23 percent of respondents are ready to retire on time. 40 percent of the participants said that they would work or earn extra money as long as they had enough strength.

Earlier, Deputy Dean of the Faculty of Economics of the RUDN University Elena Grigorieva spoke about the benefits provided to lonely Russian pensioners. She explained that the country has a system of state support for single people of retirement age, which consists of two parts: material and social services. The first is expressed in cash payments, the second – in the social support of pensioners.