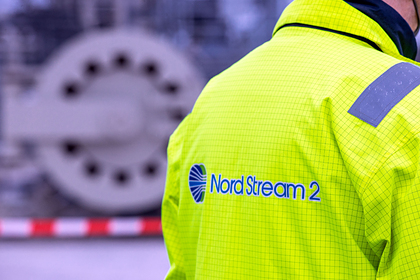 Despite the fact that the expert of the German Green Party Omid Nuripur opposed the US sanctions on Nord Stream 2, this does not indicate that the organization suddenly began to take an anti-American position, political analyst Sergei Markov said. In a conversation with Lenta.ru, he explained that the party, on the contrary, has toughened up its positions against Nord Stream 2 and opposes only those restrictions that may affect the German economy.

The political party of the Federal Republic of Germany ” Soyuz-90 “/” Greens “, which is a member of the Bundestag and previously opposed the implementation of the Nord Stream-2 gas pipeline, called the new US sanctions against the project unacceptable. Omid Nuripur, an expert of the political association on foreign policy, said this.

Markov recalled that the Green Party is closely associated with the US Democratic Party, because the fact that the organization suddenly decided to oppose its older brothers seems at least unrealistic.

“This is a clear exaggeration. Here the whole situation is a little different. Before the election campaign, the party opposed Nord Stream 2, but after the election for several weeks it remained silent on the issue. The fact is that now it is participating in coalition negotiations with the Social Democrats, who have always been in favor of the gas pipeline project. That is, the Greens simply did not want to disrupt this negotiation process, opposing positions important for their partners, “the political scientist explained.

Last week, the party for the first time in recent years made a critical assessment of Nord Stream- 2 “. This, according to Markov, is an important signal from the new ruling coalition, which will be formed in the coming weeks, that it considers Russia to be responsible for the migration crisis on the Polish-Belarusian border, and that Germany's position on the gas pipeline will change.

“That is, we are seeing such a shift in the other direction. At the same time, the Greens naturally oppose economic sanctions against Germany – this is an understandable position. But in sum, we still have the fact that the country is tightening its position on Nord Stream 2, ”concluded Markov.

The gas pipeline will be launched only at the moment when the German regulator checks the updated documentation. After reports of suspension of certification, gas prices in Europe rose by 15 percent.