In Latvia, starting from December, workers will be tested for coronavirus twice a week 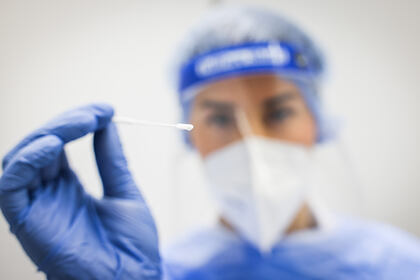 The Latvian authorities have introduced new rules to prevent the spread of coronavirus infection. From December 6, all workers in the country who have possible contact with other people at work will be required to undergo testing for the presence of antigens to COVID-19. Reported by ERR.

Workers will be tested twice a week, regardless of the fact of vaccination. At the same time, the Latvian authorities will bear the costs of testing, said the director of the State Chancellery and the head of the operational management group Janis Tsitskovskis. For eight weeks of testing, the state will have to spend 14-15 million euros.

“I will not leave my land!” 30 years ago the Baltic States became independent. How did the collapse of the USSR change the life of the Russian population? 00: 02 – July 24

“Garbage with the Soviet mentality” In the Baltics, they are again at war with the Russian language. Why is it considered a threat to Europe?

“Currently, procurement is underway by the procurement center of the Ministry of Defense. By December 6, we must develop a mechanism for distributing these tests and other practical details. Now we are working to make the tests available to every employee and employer, “said the director.

The changes were introduced within the framework of the state of emergency declared in Latvia, announced in October due to a sharp increase in the spread of coronavirus. The Cabinet of Ministers approved a special regime in the country on October 11, valid for 3 months.

Earlier, the deputy of the Latvian Seimas Janis Iesalnieks accused the Russian-speaking population and the Kremlin's propaganda of the failure of the campaign to vaccinate the country's citizens. According to the deputy, 80 percent of patients with coronavirus in hospitals in Riga are Russian-speaking citizens.