Communist Party Secretary Yushchenko: Zyuganov is not opposed to vaccination 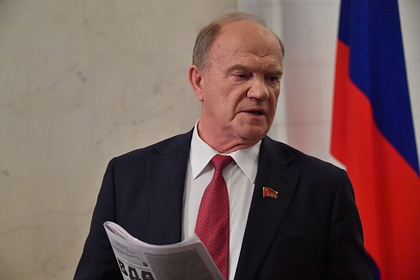 Communist Party leader Gennady Zyuganov is not opposed to vaccination against COVID-19. The politician is unfairly among the addressees of the letter from Russian doctors to the anti-Axis. This position was revealed by his press secretary, first deputy chairman of the State Duma Committee on Information Policy Alexander Yushchenko in a conversation with Rossiyskaya Gazeta.

He noted that Zyuganov was grateful for the invitation to covid hospitals, which he would most likely use. At the same time, the politician added that if you visit the hospital in Kommunarka, headed by Denis Protsenko, it will be difficult to find out the “general temperature in the country” and get an idea of ​​the situation in the red zones. This is a privileged medical institution of a fairly high level, he reminded.

In turn, Yushchenko drew attention to the fact that the letter was addressed specifically to opponents of vaccination. “Zyuganov always responds to invitations, in addition, he is interested in the development of healthcare. But from the point of view of targeting, the letter is not to him, “the Communist Party spokesman clarified.

On November 24, a letter was published, the authors of which are 11 chief doctors of Russian kovidny hospitals. The message was addressed to anti-vaccine “opinion leaders” who criticized COVID-19 vaccinations and restrictive measures.