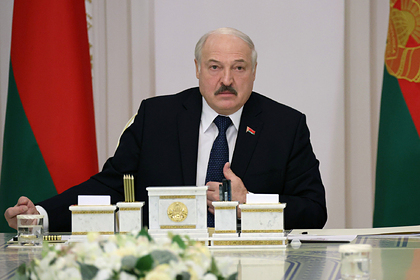 … Thus, the phrase of the head of the republic in an interview with the BBC was assessed by the official representative of the Kremlin, Dmitry Peskov, reports TASS.

The press secretary of the Russian leader explained that Lukashenka was probably trying to state that any topic at all for a conversation with the former candidate for the post of head of state, Svetlana Tikhanovskaya.

“Of course, there can be no question of any pressure. The President of Belarus, a sovereign country, himself decides with whom to conduct a dialogue and for what purpose, “concluded Peskov.

On November 22, Lukashenko announced that he would begin negotiations with Tikhanovskaya as soon as Russian President Vladimir Putin with the founder Of the Anti-Corruption Fund ( FBK, included by the Ministry of Justice in the register of organizations performing the functions of a foreign agent, recognized as an extremist organization and banned in Russia ) Alexei Navalny will sit down at the negotiating table.

In response, Tikhanovskaya at a briefing following a conference in Vienna on the resolution of the Belarusian political crisis, she called on the foreign ministers of the EU countries to refrain from any contacts with Minsk until the Belarusian authorities have released all political prisoners. She also added that she sees no point in interacting with the Lukashenka regime, since he “cannot be trusted”.