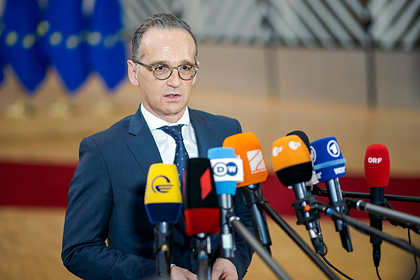 The German authorities wanted to improve relations with Russia, subject to the settlement of the conflict in Donbass … This was stated at a foreign policy forum in Berlin by the country's foreign minister, Heiko Maas, reports TASS.

“Of course, we want better relations with Russia. They can only get better, ”the head of the German Foreign Ministry stressed. According to him, this requires progress in resolving the crisis in eastern Ukraine on the basis of the Minsk agreements.

On November 15, the former head of the European Parliament and candidate for chancellor of the Federal Republic of Germany from the Social Democratic Party of Germany Martin Schultz suggested that under the new government Germany and Russia will maintain a special relationship, the further development of which could make a positive contribution to improving relations between the European Union and Moscow.

Previously, it was reported that the Social Democrats (SPDG) and Soyuz90/Greens disagreed over Russia when creating a coalition in Germany. The greatest disagreements arose between the Greens and the Social Democrats. The latter demand to include in the document a clause stating that Germany “takes seriously the legitimate interests of Russia and at the same time respects the interests of its European neighbors.”