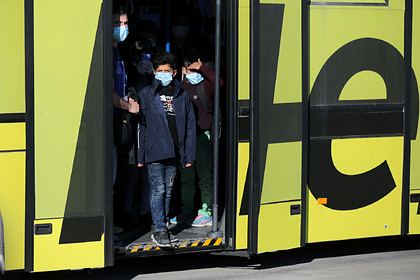 The European Commission (EC) will impose sanctions even against airlines that migrants to the border of Belarus and Poland unintentionally, not knowing that there are illegal immigrants on board. This was stated by European Commissioner Margaritis Schinas, quoted by Reuters.

He noted that today the EC approved the introduction of a new sanctions mechanism, which should stop the uncontrolled movement of migrants to the eastern borders of Europe. “The European Commission has also proposed to introduce measures aimed against companies that transport people to the European Union. And it doesn't matter whether they know about it or not, “Schinas said.

In addition, the head of the European Commission, Ursula von der Leyen, proposed creating a blacklist for illegal carriers and punishing them. She is confident that Belarusian President Alexander Lukashenko is deliberately provoking an aggravation of the crisis. “Thus, the EU is being tested for its strength. This is not a migration crisis. This is an attempt by the authoritarian regime to destabilize its democratic neighbors, “said the head of the European Commission.