GOChSiPB: as a result of an accident with blogger Gubdensky in Moscow, two more people were injured 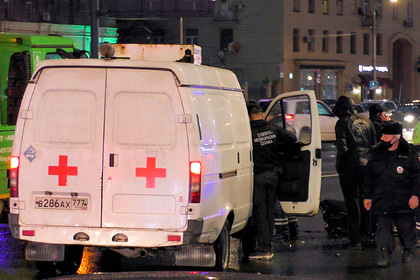 security of the city of Moscow (GOChSiPB) specified the number of victims of an accident on Kutuzovsky Prospekt with blogger Said Gubdensky. This was reported by RIA Novosti.

According to the agency's interlocutor, two people died and two more were injured. They also added that units of the capital's fire and rescue garrisons worked at the scene of an accident involving three cars.

On November 20, three cars collided on Kutuzovsky Prospekt: ​​BMW drove into Mercedes and Volvo. The cause of the accident was speeding and a “game of checkers” – an attempt to go faster than the speed of the stream, constantly rearranging from row to row. Autoblogger Said Gubdensky and President of the Federation of Automobile and Motorcycle Sports of Dagestan Zaur Ibragimov became victims of the accident. According to the latest data, he was brought to administrative responsibility 14 times. In 2021, only one fine was issued, and in 2020 – 13.

Shortly before their death, the victims donated 1.5 million rubles each to a charitable foundation for the treatment of patients with severe pathologies.