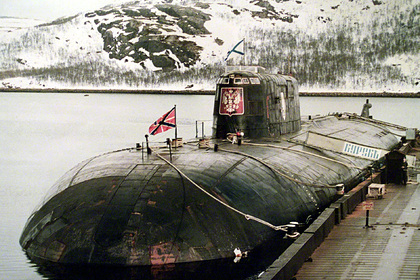 resume if new circumstances are revealed. This was allowed by a member of the State Duma Committee on Defense Yuri Shvytkin in an interview with the radio station “Moscow speaking”.

He noted that he adheres to the official version of the death of “Kursk”. “If the Prosecutor General's Office finds grounds for initiating a criminal case on newly discovered circumstances, then an appropriate investigation will be carried out,” Shvytkin emphasized.

According to him, appropriate examinations were carried out in this case, and people were interviewed … “There is an official version – the explosion of a torpedo in the compartment of the Kursk submarine, this caused the accident,” concluded a member of the State Duma Defense Committee.

Earlier, the ex-commander of the Northern Fleet, Admiral Vyacheslav Popov, said that the nuclear submarine ” Kursk “died as a result of a collision with a NATO submarine. The name of the western submarine is almost certainly known. According to the admiral, she was later found off the coast of Norway.

The Kursk sank on August 12, 2000 in the Barents Sea 175 kilometers from Severomorsk at a depth of 108 meters. According to the official version, this happened due to the explosion of a torpedo on board and further detonation of ammunition during the exercises of the Northern Fleet. All 118 crew members were killed.