Tatarstan authorities: QR codes in transport will be canceled after the epidemiological situation with COVID-19 improves 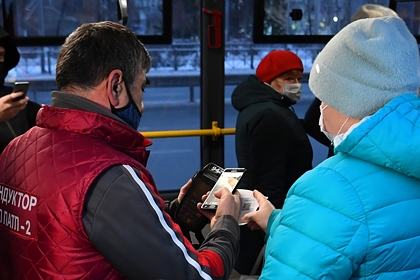 The QR code system in Tatarstan public transport in the event of an improvement in the epidemiological situation with the coronavirus. This was reported in the press service of the head of the republic, writes News.ru.

“The decree, which was signed, states that all restrictions that are in force in the republic are valid until the sanitary and epidemiological situation improves “, – said in a message from the authorities.

On November 22, within a few hours of the new measures against the spread of COVID-19 from public transport in Kazan, more than 500 people were dropped off due to the lack of QR codes. In addition, the tram route was delayed in the city because of a passenger who refused to show a digital document. It is noted that difficulties with QR codes also arise in the metro.

Tatarstan became the first constituent entity of Russia to introduce QR codes in public transport. If you refuse to show the document, the passenger will have to leave the vehicle.