Having recognized Crimea as the Russian President of Bulgaria, Rumen Radev, achieved re-election 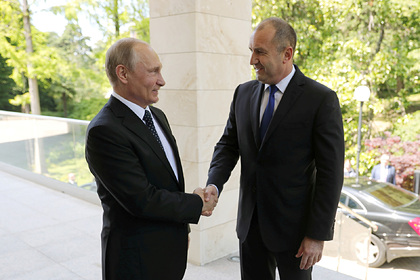 Bulgarian President Rumen Radev won the election and achieved his re-election. This is reported by the Bulgarian TV channel News.bg.

Houston, we have canceled. the fight for justice in Western society turned into a war on freedom of speech 00:02 – November 8

American-style schism: why Americans are disappointed in Biden and hope for Trump's return. His rival Anastas Gerdzhikov, according to preliminary data, received just over 30 percent. Opinion polls show a turnout in the region of 30 percent.

During the election race, Gerdzhikov often called the Bulgarian leader “pro-Russian” and accused him of sympathizing with the Kremlin. The reason for this, in particular, was Radev's recognition that Crimea currently belongs to Russia, and Bulgaria should take a pragmatic position in relations with Moscow.

Following the results of the second round, Radev stated that Bulgaria had passed the test of democracy and did not succumb to attempts to provoke ethnic conflicts during the elections. He noted that the Bulgarian people showed their desire for change, a desire to suppress corruption, robbery and lawlessness.

Earlier, Radev said that Sofia cannot have enmity with Moscow. He stressed the importance of the Russian-Bulgarian dialogue. According to him, the policy of introducing new anti-Russian sanctions over Crimea has no effect.