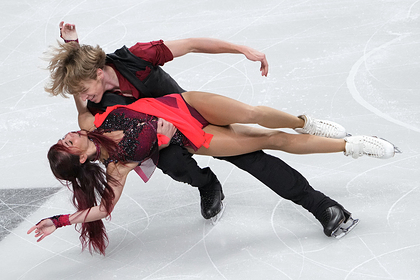 American journalist David Lees in an interview with YouTube channel This and spoke about the performance of the Russian couple Diana Davis and Gleb Smolkin in ice dancing.

Lis considered that the couple received too high points in the Warsaw Cup. In his opinion, the reason is in the coaching scheme of Marina Zueva and Igor Shpilband. “They are the greatest politicians and strategists. And Galina Gordon-Poltorak is a judge who has been devoted to them for many years and works as the chairman of the technical committee of the International Skating Union, ”the journalist noted.

He also added that Davis and Smolkin are playing at less important tournaments to improve reputation. In the end, the journalist noted that the couple shows not too difficult content, and the judges inflate their marks.

Davis and Smolkin became the winners of the Warsaw Cup. They scored 199.90 points on the basis of the results of two programs. Last season, the couple won bronze at the Russian Championship among juniors. In the final of the Junior Grand Prix, the dance duo became the sixth, and at the Junior World Championships the Russians showed the fifth result.

17-year-old Davis is the daughter of the honored coach of Russia Eteri Tutberidze.