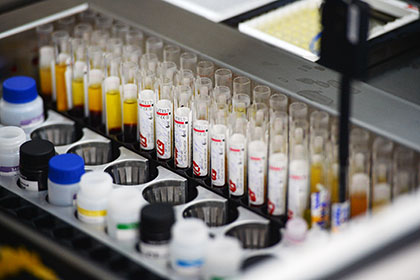 Russian Deputy Prime Minister Olga Golodets instructed the Ministry of health, Ministry of interior and the CPS to consider the possibility of changing the conditions of entry and residence of foreign citizens infected with HIV. About it writes “Kommersant”.

The order came after the Ministry of health developed a draft action plan for the implementation of the strategy of combating the spread of HIV in Russia disappeared paragraph about the possible removal of such restrictions that has been done at the insistence of the Ministry of Finance and economy.

In addition, Golodets instructed to study the question of providing medical assistance to HIV-infected foreigners in Russia.

Now they are permitted entry and stay on the Russian territory only if their close relatives are citizens of the Russian Federation. The reason for this change in legislation was, in particular, the decision of the European court of human rights, which in March 2016, acknowledged Russia guilty of violating the rights of HIV-positive foreigners.

According to Rospotrebnadzor, in 2012-2016 among foreigners identified more than 37 thousand with infectious diseases, including HIV — 9284 (25 percent). During this period of 15.5 made thousands of decisions about the undesirability of stay of such citizens in Russia, 37 percent of them in connection with the presence of HIV infection.