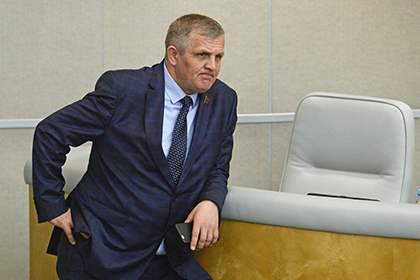 State Duma Deputy from the Communist party Nikolay kolomeytsev opposed long plenary sessions. He stated during the discussion of amendments to the regulations of the lower house of Parliament, abolishing the hours of voting, according to kp.ru on Friday, February 10.

“What is regulation? This ordering of our work. So we’re not talking about what no hitting, and more specifically considered the issues,” — said a Communist.

According to the parliamentarian, the task of the deputies — not only to vote for the acceptance or rejection of certain bills, but to prepare them. “I actually do not agree with the incubation zhopo-hours, although sitting here more than others (the latter was first elected to the state Duma in 1995, in total he worked there for 16 years — approx. “Of the tape.ru”) “—he admitted.

As the newspaper notes, the Communist faction of the Communist party jokingly proposed to discuss the relevant unit of work “zhopo watch”.

At the same time, the head of the Duma Committee on family, women and children, Tamara Pletneva (also the Communist party), which in December protested the prolonged meeting, approved changes of the rules. “That’s when I started to work in the Duma, I like people sincere really angry. I think here we sit here till night at all. But the more we work, the more I, as a pragmatist and a workaholic convinced that we’re doing everything right,” said she.

On Friday the state Duma has made amendments to the regulations, eliminating an hour of the vote in the plenary. Now the house should support or reject a particular bill immediately after its discussion. In addition, the deputies now are allowed to accept bills in the second and third reading only in exceptional cases.

In December, during the consideration of the draft Federal budget Pletnev has expressed dissatisfaction over the protracted plenary. “We still have to come home and husbands to feed,” said the Communist. Her party colleague, MP Vera Ganza in turn complained about the lack of fresh air in the room.