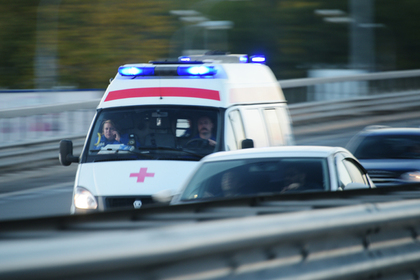 “It is very difficult to begin to perform their duties. We will try to remove it from the line, to reassure. Provide medical assistance on their own. If necessary, get her to the hospital,” said Resnick. According to him, the 27-year-old female paramedic was asked to write a statement to the police to investigate the incident. This was delayed only three of the five participants in the conflict.

12 February it was reported that the three men were charged under two articles: “Illegal imprisonment” and “Attempted rape”.

According to investigators, the afternoon of 11 February, an ambulance paramedic arrived after being called to an apartment house on the street Shelkovichnaya. In addition to the 29-year-old host there were four of his friends. One of them locked the door and refused to let the health care provider.

The paramedic was able to lock myself in the bathroom and to report the incident to the Manager of the ambulance who called the police.

“Due to the fact that the health worker began to receive threats of violence from the head of the men, the woman came out of the bathroom. Then the two of you began to implement actions aimed at, in her opinion, her rape, and to Express the corresponding intention. Thanks arrived promptly on the scene, law enforcement officers illegal actions were stopped”, — noted in SK.