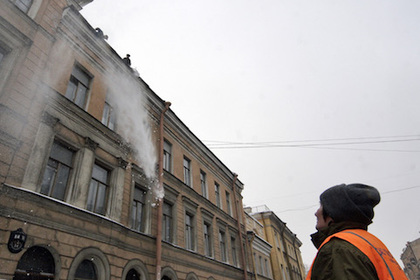 In the Altai region launched a pre-investigation check of information about the hospitalization of six-year-old boy, who fell down a snowball from the roof of a local clinic. This was reported in the Sunday, February 12, on the website of the Investigative Department of the TFR in the region.

“To find out all the facts, the media reports, and give legal assessment of the actions (inaction) of officials responsible for ensuring the safe operation of the building and prokontroliroval not timely cleaning snow and ice from the roof of the medical institution”, — stated in the message.

Information about the incident appeared in the media. As stated in the press release, the child was hospitalized with symptoms of a concussion. By results of check the procedural decision will be made.

Earlier in February it became known that the Sverdlovsk regional court ruled to compensate the resident of Ekaterinburg 186 thousand rubles for the damage to her Honda Accord, formed by snow falling from the roof of the factory building.