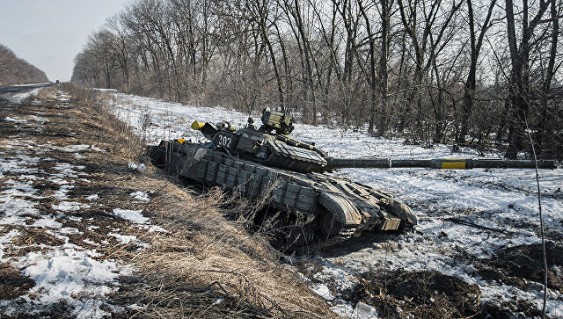 Press Secretary of the President Dmitry Peskov said that Russia is not supplying the militia tanks. About it reports TASS.

Peskov stressed that the Donbass “after all Ukraine”, though these territories and beyond the control of Kiev. “Despite the fact that Ukraine is carefully rejects these regions. Therefore, we should, perhaps, ask why such a situation arose, it was in Kiev”, – said the representative of the Kremlin.

He added that the questions about why “stalling” the implementation of the Minsk agreements, also need to ask Kiev, not Moscow. Peskov assured that through official channels volunteers from Russia in Donbass is not sent, but “there are Russian citizens who voluntarily travel to the region to protect people from the aggressive actions of the Armed forces of Ukraine”.

Earlier, Ukrainian President Petro Poroshenko has accused Russia of supplying arms to the militia. In particular, he said that the territories of the DNI and LC are “approximately 700 1200 Russian tanks and Russian armored fighting vehicles”.