During the operation was destroyed about 650 terrorists, two tanks, and four infantry combat vehicles. 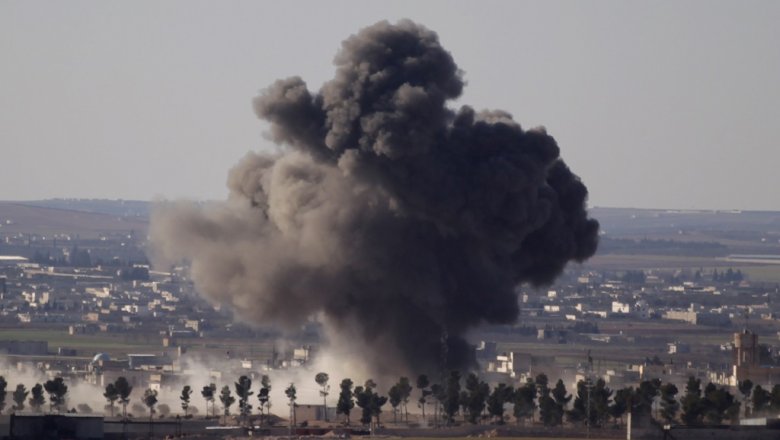 MOSCOW, February 11. /TASS/. The Syrian military, backed by Russian aircraft on Saturday freed the settlement of Tadef, which is the most fortified Outpost of the “Islamic state” (IG, is prohibited in the Russian organization) on the outskirts of the city of al-Bab, and went out on the agreed with the Turkish side the line of demarcation with the “free Syrian army”. This was reported in the defense Ministry.

“On February 11 during the offensive in northeast Aleppo province with the support of aviation of Russian air force units of the Armed forces of Syria liberated from the terrorists of ISIL (earlier ISIS — approx. TASS) settlement, Tadef, which is the most fortified Outpost of fighters on the outskirts of the city of al-Bab. The offensive launched by Syrian government forces came to the agreed with the Turkish side the line of demarcation,” — said in a statement received by TASS.

According to the defense Ministry, government forces had killed over 650 militants, two tanks and four infantry fighting vehicles and 18 vehicles mounted with heavy weapons and other equipment.

In addition, totally taken control of the road towards the city of raqqa, which carried out the supply of arms and ammunition of ISIS in El-Bibliomedia of the defense Ministry

Earlier channel “al-Manar” reported that Syrian troops are 1.5 km from El-Baba. With the Northern and Western sides of the city are blocked by formations of the Syrian opposition, supported by the Turkish military.

The advance of these forces on al-Bab comes in the framework of the operation “shield of the Euphrates”, which began in August of 2016.