The captain seized by Nigerian pirates on the ship made contact

MURMANSK, February 9 — RIA Novosti. The captain seized by Nigerian pirates on the ship was able to get in touch and reported that all crew members are alive and well, reported RIA Novosti, the father of the Murmansk seaman Igor Ryaboy, whose son Sergey Gusarov has also been found in captivity. 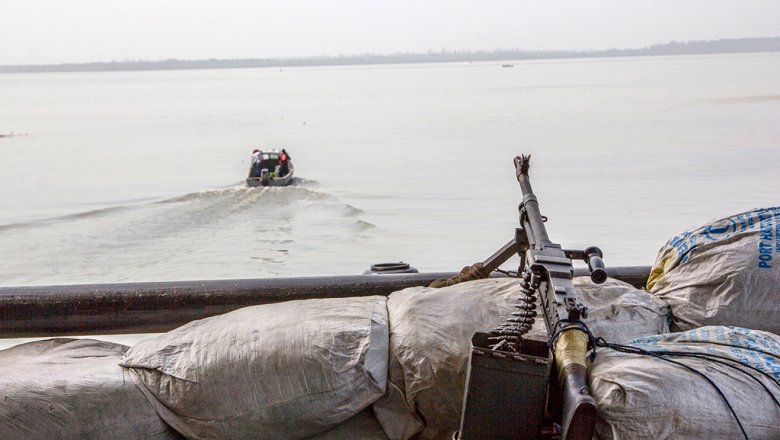 “Daughter was a call from the company that the captain had lost touch — he was given to call. Said that all are alive and well, the contents of normal, asked the relatives not to worry,” said Lumpy.

The incident occurred on 5 February at approximately 120 nautical miles West-South-West from the island of Bonny in the Gulf of Guinea. Pirates in the boat opened fire on ship. Captured the ship BBC Caribbean belonging to the German company, was from Cameroon to Ghana. As reported in the Russian Embassy in Nigeria, efforts are being made to locate the abducted sailors.

The Ministry of foreign Affairs of Russia and Ukraine confirmed the capture of its citizens in the waters of Nigeria and stated that taking steps to secure their release.

Earlier it became known that the attack of the pirates on the ship BBC Caribbean (multi-purpose double-decked ship built in 2008) in the territorial waters of Nigeria has been abducted eight people — seven Russians and one citizen of Ukraine. The ship was attacked at the distance of about 120 nautical miles West-South-West from the island of Bonny in the Gulf of Guinea, it had no cargo from Douala (Cameroon) tema, (Ghana).