Artificial virus from China will help to cure cancer

Chinese scientists have developed a new method of delivering DNA to the cells of animals, including humans, for genetic modification. 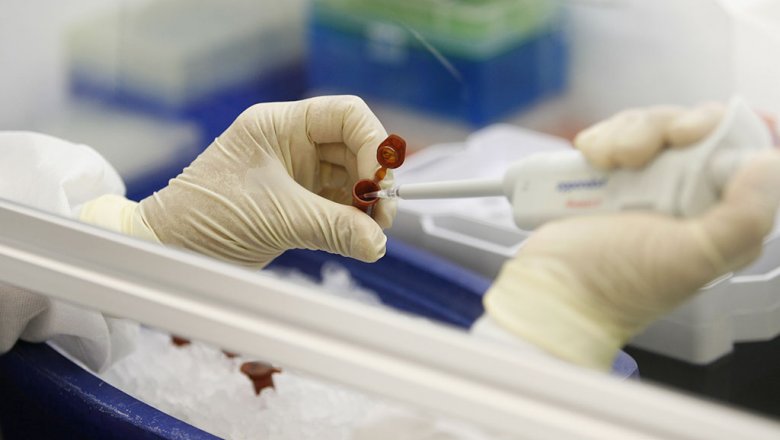 They use nanoparticles, called by the authors the study of artificial viruses. They help genes get into the nucleus of the cell, and then includes a mechanism for genome editing. Article biologists published in the journal ACS Nano. Briefly about it it is told on the website EurekAlert!.

For editing genes in cells, scientists use a variety of approaches, including technology CRISPR/Cas9. It allows you to cut any selected DNA segments, disabling, thus, certain genes.

Since the plasmid cannot enter the cells of eukaryotes, in the last create pores by the electric field (electroporation), or used particles (liposomes), which merges with the outer membrane.

However, these methods have limitations because viral vectors can carry large fragments of DNA and to penetrate into all types of cells, electroporation and liposomes is effective against cell lines, but not tissues of living organisms.

To solve this problem, the scientists created an artificial virus RRPHC. It consists of fluoropolymer core, which is connected to a system called CRISPR/Cas9, as well as shell, formed by the hyaluronic biopolymer, polyethylene glycol and a peptide R8-RGD. It is shown that hyaluronic biopolymer can bind to proteins located on the surface of cancer cells and specific to them.

After the introduction RRPHC inside the cell the shell is split by enzymes and releases a fluoropolymer core. In the experiment, the CRISPR/Cas9 using artificial virus got inside the nucleus of cancer cells of Nude mice, and then attacked the MTH1 gene that is active in many types of malignant tumors. The concentration of protein encoded by MTH1 was decreased after the injection of nanoparticles.

According to scientists, their method will also be useful in editing of the human genome. For example, you can remove the defective cells from the patient, correct them using CRISPR/Cas9 and transplanted back.

Similar experiments had already been carried out in China with T-lymphocytes of cancer patients, which turned off a gene that inhibits the immune system. RRPHC is expected to increase the efficiency of such operations.