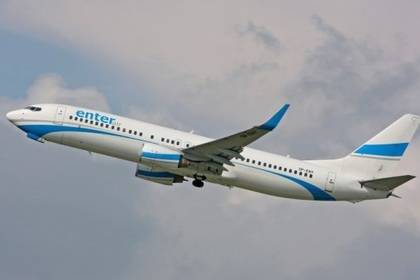 A passenger plane flying from Spain to Poland made an emergency landing in Prague because of bomb threat on Board. On Friday, December 30, according to Reuters.

On Board the Boeing 737 of the Polish airline Enter Air, EN route Las Palmas de Gran Canaria (Canary Islands) — Warsaw, there were 168 people — the 162 passengers and six crew members, RIA Novosti reported. During the flight one of the passengers began to threaten that will put in action the explosive device, reports TASS. The crew decided on emergency landing of the liner.

After landing at the airport of Vaclav Havel, the police arrested the alleged offender. He was a Polish citizen. The plane drove to the Parking fine, the passengers were evacuated.

The interior Minister of the Czech Republic Milan khovanets confirmed information about the incident on Board. It does not specify whether the detainee explosive device. He said that “the situation is under control.” Hovanets refused to regard the incident as a bomb threat.