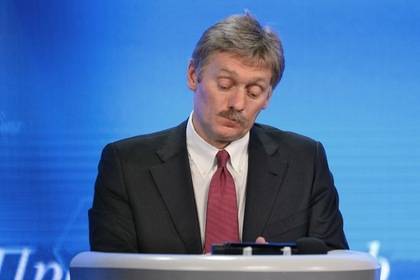 Press Secretary of the President of Russia Dmitry Peskov said about the reaction of Vladimir Putin on his closed eyes during the President’s address to the Federal Assembly. As he explained in the broadcast of “international sawmill” on channel NTV, the camera showed him in the moment of “maximum concentration”.

“In two hours Putin calls — He said, “Dmitry, here these points, accents, what do you think they sounded?”. I speak: “Vladimir Vladimirovich, this is great, I think this is right on target, it reached the audience.” And after a short pause, asked: “how do you know, Dmitry Sergeyevich?” — said Peskov.

He admitted that he didn’t know what to say: “I began to mumble nervously. And the voice I quietly said, “You slept all the time, Dmitry””. In response to a question from the program host Tigran Keosayan about what he at the time was the state, Peskov said: “Suicidal.”

The message to the Federal Assembly — the basic document that defines the position of the head of state on the main provisions of the Russian policy. It lays out the presidential vision of the main directions of development of Russia not only in the coming year, but also for the future. The first call was announced by Boris Yeltsin on 24 February 1994.

This year, the message that the President addressed the Parliament, became Putin’s 13-m. Treatment was given 69 minutes, and most of the time the head of state talked about the internal Affairs of the country.