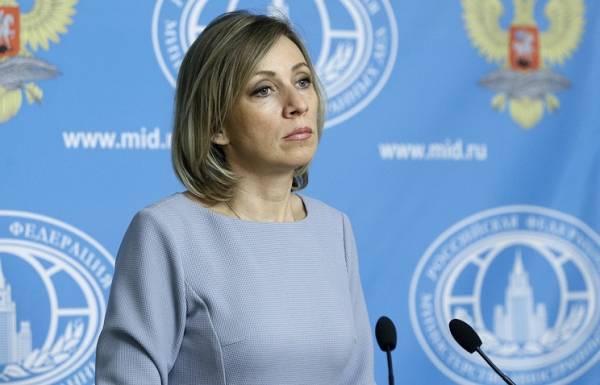 MOSCOW, December 30. /TASS/. The US administration’s decision to declare persona non grata Russian diplomats spoiled their children not only the holidays but also year. Russia when considering the response actions considered, how will feel the families of Embassy staff in the case of reflex action. This was stated by the official representative of Russian foreign Ministry Maria Zakharova.

For the Russians – spoiled holidays

She pointed out that in less than 72 hours to the families of the Russian diplomats will have to solve many administrative and economic problems related to departure from the United States. There was a question about buying tickets. “Because, as we all know, new year’s eve to buy tickets impossible. Moreover, direct flights from Washington to Moscow only start on 2 January,” – said Zakharov.