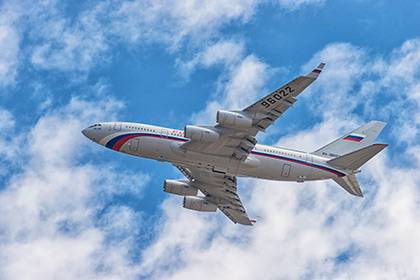 Russian diplomats, which was announced in the United States persona non grata, will be picked up and delivered to Moscow the plane special flight detachment “Russia”. On Friday, December 30, reported in the administration of the head of state, reports TASS.

“For the departure of Russian diplomats and their family members in the US will be sent to the plane of the special flight detachment “Russia” office of the President of the Russian Federation”, — said the Agency.

Earlier Friday, the Russian leader Vladimir Putin said that Moscow considers the last actions of the outgoing US administration as unfriendly and provocative steps to undermine the future of Russian-American relations. The head of state rejected the proposal of the Russian foreign Ministry to expel U.S. diplomats in response to Washington’s actions.

It was about the possible expulsion of the country’s 31 employee of the U.S. Embassy in Moscow and four employees of the Consulate General in St. Petersburg, said earlier Friday, foreign Minister Sergei Lavrov. In addition, it was proposed to prohibit us diplomats to use the dacha in Serebryany Bor, and a warehouse on the street Road.

December 29, U.S. authorities decided within 72 hours 35 to expel Russian diplomats, as well as close access to two objects used by them. The White house claim that this is the answer to the oppression of the staff of the American Embassy in Moscow.